The First Oracle Database Appliance Significant version patch is now available ODA Patch 2.2.0  is a very significant patch since it upgrade the OS from 5.5 to UEK 5.8 and also upgrade the database from 11.2.0.2 to 11.2.0.3.2
Change Log Entries
Patch 13858874 is what is needed .
I will update this blog post with my experience updating to 2.2.0

As Promised Embedded below is my presentation and paper that i presented at this years Collaborate Conference. Looking for feedback from the community

MIgrating from Single Instance to RAC via Dataguard

IOUG is a phenomenal learning experience and is a great way to meet and network with your peers. So far my  3 days Here have been excellent. My Paper was selected this year and i had a blast talking about my experiences at IOUG. I'm going to be posting my paper and presentation via a seperate blog post  for people to find. The conversations were absolutely fabulous. I've had and have been having  conversations  on tops from  ops dba vs performance engineer to ODA's and RAC on VM's . All these are very relevant topics and get me more interested and involved.
The Day0/1 Started off With Deep dives. The Real World Performance tour Deep  dive was fun and educational  with Andrew Holsworth Graham Wood & Tom Kyte  engaging the audiences with real world scenarios. The Real Opening of Collaborate was  the very inspirational talk by Cmdt mark Kelly, a very good keynote. Sessions kicked off with a bnag and it was  one Session to another. I was fortunate to go to alot of sessions  and present my session on Monday.  Tuesday had another Fabulous session line up and its still going strong.
Everyone can follow the conversation via #c12lv and  i can be found @fuadar.
Here to 2 more days of fully packed education. I'm also attaching some interesting pics from around the conference.Also My Twitter media Gallery has a lot of pics;
If you see me , Please say Hi. 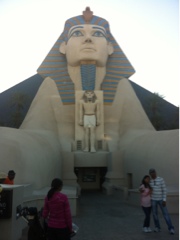 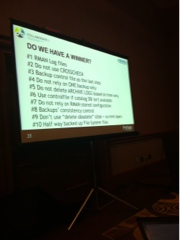 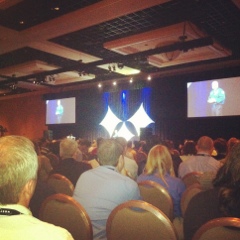 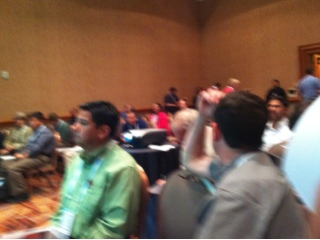 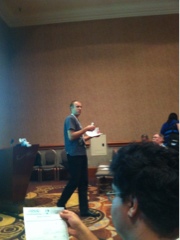 11.2.0.3 isnt all that new with PSU1  already out i decided that this should be  a good time to build all new environments with 11.2.0.3 PSU1 .
After building the GI and the DB's (RAC and Non-RAC). I stumbled upon this document
AIX: Top Things to DO NOW to Stabilize 11gR2 GI/RAC Cluster [ID 1427855.1]
This
This is an interesting note and should be followed after the install since it talks about how many bugs Oracle 11.2.0.3 has on the AIX Platform.
The most important one is the orarootagent memory leak  for which the following is recommended
If you are running 11.2.0.3, apply 11.2.0.3 GI PSU1 (patch 13348650) and patch 12709476
There are also other issues that the above note will let you know including OS fixes that you need to put in.
It is very important to follow some of the  recommendation to avoid service interruptions.
Some of the bugs seem to be fixed in 11.2.0.3 PSU2 which should be out shortly.
There is also this noteto consider which takes about the optimizer problems. Most of  these will not be in the PSU and oneoffs will need to be considered.
Things to Consider Before Upgrading to 11.2.0.3 to Avoid Poor Performance or Wrong Results [ID 1392633.1]

So off to patching and fixing my new environments and builds .